If there’s one aspect of the publishing process I find endlessly fascinating, it’s designing the cover. (It’s possible that I’m so intrigued by the process because I have no artistic talent of my own.) I’ve been known to pop into a co-worker’s office if I overhear a debate over cover samples–especially if I hear the words, “Does this pass sexy and hit gross, or is it just me?”

So when news about the latest incarnation of Flowers in the Attic–a Lifetime movie starring Heather Graham as Corrine, the mother who thinks, “I’ll just leave my four kids in an attic for a few years, what’s the worst that can happen?”, and Ellen Burstyn as Olivia, the grandmother who says, “Hey grandkids, want some donuts?”–inspired a Twitter discussion about V.C. Andrews covers through the ages, I jumped right in. H/T to Stacked Books for pulling these covers together. 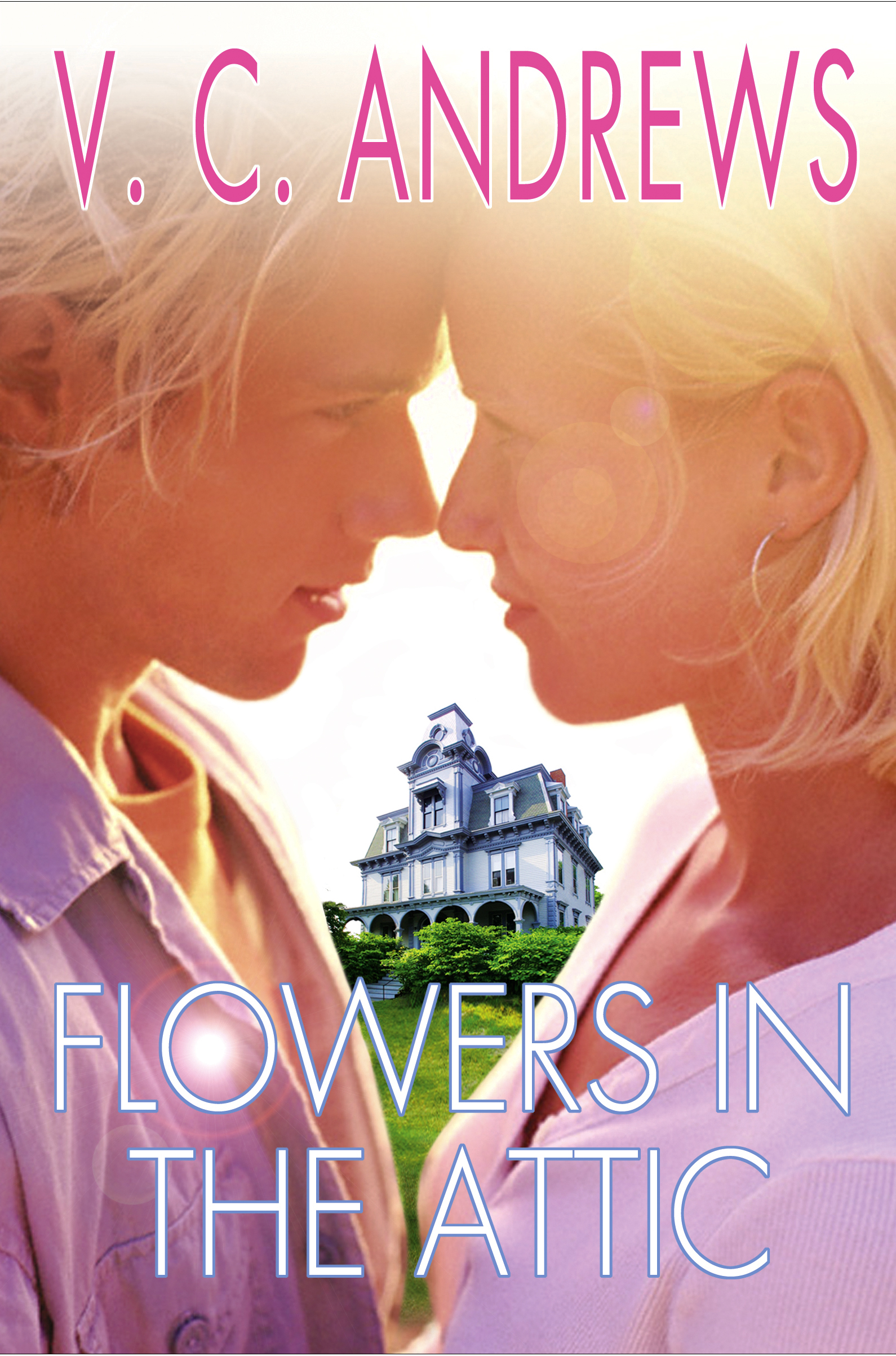 It’s a little sun-kissed for a novel about forced imprisonment, I would agree. But the chemistry between those gorgeous blonde siblings cannot be denied. (Tangent: any casting suggestions for Cathy and Chris? Kiernan Shipka, do NOT call your agent.)

If memory serves, this was the 1990 cover that 11-year-old me checked out from the library when my mother wasn’t paying attention:

Creepy, right? You know you’re in for a gothic good time with this one.

In a similar vein is the original, with the Dollanger kids revealed when you open the cover (image on right):

I always loved the surprise of opening the cover to reveal another image, especially if there were small clues to what horrors lie in store for our gorgeous-and-soon-to-be-traumatized heroines.

That house is really a character in itself, yes? Here’s another older cover, which I believe is British since it uses “Virginia Andrews”: So now we wonder if the Lifetime movie will inspire a new cover… and if the movie will be any good.